Banning Junk Food on City Property? Trend or Not? 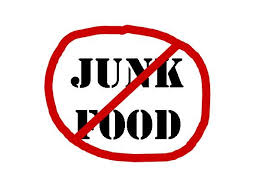 Annual Sales in the Vending Industry are estimated somewhere between $19 and $29 billion.  Most of those sales come from junk food.  Some Cities are banning the sale of junk food in vending machines on city property.  One such city is San Francisco, CA.  Within a very short time, you won’t be able to get your Kit Kat or M&Ms in your local government buildings because the city’s agenda involves having healthier employees. Here are the requirements of products that can be sold under the new legislation: low calorie, low sugar, low sodium, and low fat.  Check out our blog “What Products to Stock in a Healthy Vending Machine?” to see which products might be able to be sold. Though there are some proponents of this plan of action, here are some thoughts on why this trend isn’t going to stick.

San Francisco isn’t the only city considering legislation.  Another CA city introduced legislature to have a soda tax of 1 per ounce of soda.  Statistics show that the relationship between junk food and obesity is only correlational for the morbidly obese, thus it isn’t even relevant for the majority of people. There are cities in California that are considering various types of legislation but other states just aren’t jumping on the band wagon yet.  Schools across the nation, however, have various degrees of bans on junk food being sold in response to First Lady Michelle Obama’s Fit Legislation.  Trend or Not? What do you think?  Leave us your feedback!

Should I buy my vending machine from Alibaba or a Chinese manufacturer?